If you have kept up with our posts over the past year, you already know that a successful nonprofit fundraiser depends on more than just a “pitch” and a talented team. Other components include using the right fundraising tools, implementing a prospecting program to acquire new donors, and organizing your donors leads in a CRM.

Another critically important component of a successful fundraising strategy is maintaining and cultivating your existing donor base without the usual hard fundraising pitch. Your donors need to know that their generosity is appreciated, which is why you should contact your best donors directly by conducting a donor cultivation campaign. Your efforts to thank these donors wont just ensure that your supporters will give again. Indeed, a donor cultivation campaign may just prove to be the difference between a $100 or $1,000 donation the next time your donors pull out their checkbooks.

So, what does a successful campaign look like? What should you expect? And most importantly, how will it translate to more dollars in your next all-out fundraising campaign?

Donor Cultivation Campaigns: What Are they?

It's exactly as the name would imply. The goal is not to solicit donations from your supporters. Rather, the campaign should act as a “primer” to your next all-out fundraising push. Simply put, the goal of donor cultivation is to engage with your existing donors, thank them for their support, let them know exactly where their donations have been going, and to engage in a two-way conversation to hear what issues are most important to them. If executed effectively, donor cultivation campaigns will undoubtedly increase the chances of higher and more frequent gifts from your donor base. Why? Because your organization took the time to reach out to them directly without a hard-fundraising pitch.

Get Your Donors on the Phone

Phone-to-phone contact is by far the most effective way to conduct a donor cultivation campaign. Since the first goal is to make your donors feel appreciated, you need to speak with them directly. Gestures of gratitude tend to lose their luster if sent electronically or even in a thank-you letter. You’ll also have the opportunity to update your donors' contact information, email, and other valuable pieces of information to enhance your house file list. People often tend to be more willing to disclose their personal information when they are not engaged in a high-pressure solicitation call, so you should take the opportunity to update information when you get your donors on the phone.

They Want to Know Why You’re Calling… Immediately

The success of a cultivation call is often decided in the first 15 to 20 seconds of the conversation. That is why it is a good idea to state directly to the potential donor that you are not calling to solicit a donation, but rather to thank them for their support and to provide updates on where their hard earned money is being put to use. Even if they support your organization whole-heartedly, donors reached by phone will likely assume you are only calling to ask for more money. Telling the donor that you are calling purely to thank them and update them on your work should be done within the first few moments of the call to ensure you have a better chance of engaging in a two-way conversation.

The overall goal of donor cultivation is to build real relationships with the people who support your organization and fund its work. Yes, call scripts are necessary to initiate and direct conversations, but for the purposes of cultivation calls a two-way conversation will yield the most valuable insight about each of your unique donors. So, rather than sticking to a hard script of approved language, you should establish questions about issues pertinent to your organization’s work, issues you already know the donor cares about.

For example, a public policy think-tank with an donor base comprised of business leaders or small business owners should ask those donors how certain laws and regulations affect their business. Reading from a script of approved language on the issue in question may only reiterate an issue that the donor may very well be aware of already. After the donor has established how the issue affects them, you will be able to explain how your organization is actively working on that issue, further proving to the donor that their contribution is going to work in areas most important to them. And if you're organization is not working on that issue, maybe it should!

So what is the point of spending your time and resources on an outreach campaign without the goal of raising money? The goal is to make your organization stand out in the minds of your donors. The simple fact that you took the time to thank them with a phone call and discuss your organization’s work will be what stands out the next time you send them a fundraising letter or reach out to them over the phone with a hard fundraising ask. It is still uncommon practice for nonprofit organizations to engage in donor cultivation campaigns. Odds are that if your organization takes the time to execute a donor cultivation campaign, your next fundraising campaign will pay dividends in dollars. That is exactly why you should consider cultivating your donor base before your next fundraising push. 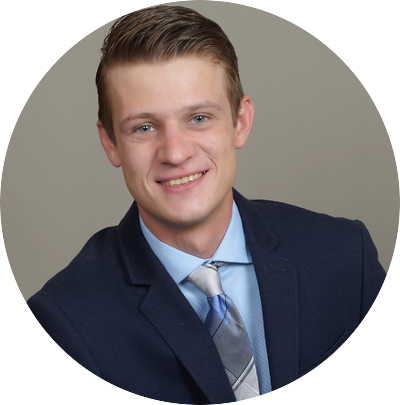 Aaron Krolikowski has been with Campaign Now since May 2015. He graduated from the University of Wisconsin-Whitewater with a degree in Public Relations and a minor in Political Science. At Campaign Now, Aaron oversees the company's digital media and marketing campaigns for its clients working with various website CMS, email marketing and social media platforms.