Year-End Fundraising Tips and Tricks For Your Nonprofit 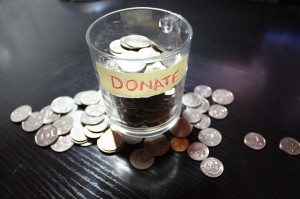 The Chronicle of Philanthropy working with the Network for Good have been monitoring year-end fundraising over the past three years. They've published their findings in a graph of funds donated daily during November and December comparing 2011, 2012, and 2013. It makes for a stunning presentation.

They find that a full 30 percent of all donations for the year happen during December, with 10 percent of annual donations between December 29th and 31st. They also note that the average gift size increases by as much as 50% in those last days of the year. This data is taken across the 40,000 charities served by the Network for Good's online system.

The Atlantic provides further analysis along with an infographic that adds some perspective to year-end nonprofit fundraising. They attribute the surge of donations to the income tax deduction for charitable donations. Whatever the motivation for donating, now is clearly the time to have your promotional efforts in high gear.

How to Best Take Advantage of the Giving Season

So what does your year-end fundraising need to look like? I've found a couple of links to some great recommendations:

Both of these recommendations provide solid advice for your year-end campaign. However, if you examine them more closely there is really nothing different from what you need to be doing every single day of the year with all your fundraising efforts.

Even so, M+R in their Benchmarks 2014 study show that when it comes to email, heavy messaging volume is what makes December stand out from other months. They call it "Deep Dive on December." They point out that the average number of fundraising messages per subscriber in December 2012 and 2013 was nearly 7. The rest of the year averages less than 2 fundraising messages per month.

Make It Easy to Donate

You may recall our earlier blog, Five Steps to Skyrocket Online Donations. The very first step is Make Donating Online Easy. This requires donate buttons everywhere, mobile optimized landing pages, quick donate options with selectable recurring donations, selectable gift amounts, and buttons that can be pressed by a finger on your smart phone.

A key statistic from Network For Good is that just 4 percent of people gave online in 2002, but this jumped to 65 percent in 2012. While this channel is still relatively small at just 10 percent of total giving on average,it is an easy last minute option for your donors. In short, it's the perfect channel for year-end giving.

I began this post by referencing a chart of daily giving over November and December. If you look a bit more closely at that chart, after you get past the massive increase on December 29-31, you'll find a fairly significant bounce in early December. In fact, for 2013 the donations for December 3 actually increased by 73 percent from 2012. This is due to the growing influence of Giving Tuesday, the Tuesday following Thanksgiving. I'll dig into this great new event for nonprofit fundraising in my next post.

Need some help navigating your fundraising options? Campaign Now has a great deal of experience and expertise working with nonprofits, associations and political campaigns on all aspects of fundraising. Contact a specialist today here or call (855)329-4327. You can also sign up for our special offers and latest news here. 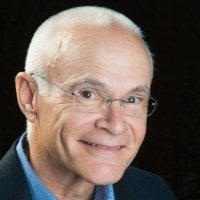