You’ve spent last year finding a candidate, pulling papers, and doing all of the major preliminary work for 2016. A campaign year is an extremely busy year. Most campaigns, whether local or national, will be pulled in a thousand different directions. Make no mistake, operating a successful campaign is organized chaos. So how do you keep the campaign on the rails and stay organized until November?

3 Things Every Campaign Should Do 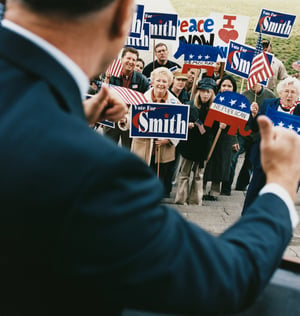 All successful campaigns share similar qualities. No matter the candidate, location, or office, campaigns are built on the tenants of three readily identifiable strategies. If you execute these strategies, getting elected is almost a guarantee. While they sound simple enough, often times too much emphasis is placed on one or the other, creating a holes in the campaign. President Barack Obama did it in 2012, Senator Ted Cruz did it in Iowa earlier this year, and state and local politicians do it almost non-stop.

Fundraising is the key to running a campaign. Why? It costs money. And politics is a very expensive business. According to PBS, the 2014 Congressional midterm elections cost a combined $4 billion. Even state legislatures fundraise into the millions of dollars. California State Assembly and State Senate lawmakers raised $2.5 million in a month, according to a Sacramento Bee report.

Running and operating a political campaign takes a great deal of financial support. The only way a campaign can sustain an operation and grow is to continue to receive financial backing. Fortunately, there are numerous strategies to successfully fundraise throughout the year.

The main takeaway from fundraising, aside from the fact that you need to do it, is who needs to do it. Throwing all of the staff, volunteers, or professional political operatives at a fundraising goal won’t change who needs to do the most fundraising: the candidate. Local Victory calls a candidate the fundraiser-in-chief, and for good reason.

The candidate needs to make fundraising calls every day, all the time. After a meeting, in-between events, after lunch; you get the idea. Candidate fundraising is crucial because donors want to hear directly from candidate, and the campaign needs money.

Also, candidates can be easily pulled away from fundraising to focus on other parts of the campaign. Raising money is not the most glamorous part of the campaign, it is hard work. Calling and meeting with potential donors day in and day out is tough, but a campaign without a dedicated fundraising operation specifically led by the candidate could suffer later in the year.

2) Ask for Public Endorsements From the Right People

Endorsements are a big part of the campaign world. Endorsements can also be paired with raising money. It should be done often and almost exclusively by the candidate. Many campaigns go after a few high profile endorsements: a congressman, a member of the state legislature, or an influential community leader or mayor. While those endorsements are vital, local endorsements play a huge role too.

County political parties, activist groups for political issues, and even the local board of supervisors are key to strengthening a strong list of endorsements. The old saying that “all politics is local” is especially true when it comes to endorsements. Voters are more likely to interact with a school board member, county supervisor, or the local chamber of commerce than a congressman. Local endorsements show that a candidate is talking to everyone, not just those high-up in the political machine.

There may not be any “bad” endorsements, but a campaign and candidate need to consider how each endorsement is perceived by voters. Job performance, scandals, or a low approval rating need to be reviewed before accepting an endorsement.

3) Talk to People and Shake Some Hands (Okay, LOTS of Hands)

125 million. That’s the number of “voter contacts” President Obama’s 2012 campaign team claimed, according to CNN. It’s been well documented that President Obama built an impressive ground operation from 2008 to 2012. An Atlantic article published weeks before the 2012 election mentioned that the president had nearly 800 field offices around the country, compared to Republican presidential candidate Mitt Romney’s 300.

Senator Ted Cruz employed a similar strategy earlier this month to win the 2016 Iowa Primary. According to a Monmouth University poll, the Cruz campaign targeted an astounding 25% of Iowa “caucus-goers.” The Washington Post broke down the Cruz operation even more, stating that they used “…psychological targeting of likely caucus-goers, building its own version of a Myers-Briggs personality test to categorize Republicans.”

Senator Cruz’s Iowa campaign director, Bryan English, was quoted saying, “If anybody goes to caucus and says, ‘I haven’t seen Ted Cruz,’ I want it to be their fault, not ours…”

What do these two examples make abundantly clear? A strong ground game is key to winning an election. Candidates can raise money and get the best endorsements, but if the grassroots efforts are weak or non-existent, the campaign will suffer.

Most campaigns don’t have hundreds of millions of dollars in funding like a presidential campaign, so working smart to make sure every effort goes even further is very important. Information like voter history, profession, and even economic status can help a campaign micro-target voters better and therefore be more efficient with their efforts.

Once the campaign has the right data, getting out there and talking to people is one of the best ways your candidate’s team will convince voters why they’re the best person for the job. A few ways to do that include knocking on doors and picking up the phone.

These three strategies are integral to a campaign and should be executed together. Doing one or the other will help a campaign, but ultimately the success of the candidate during an election year will result in doing these three things collectively.

For example, raising money means more money to hire paid walkers to walk the district and build the ground game. Or more endorsements means access to better fundraising networks. Fundraising, endorsements, and the ground game are all tied together. Do them well through the entire year, and you’ll be in a good position come November.