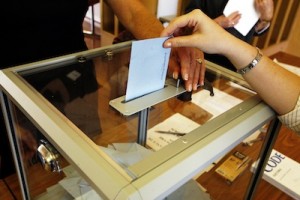 You've a great candidate, a gung-ho and motivated staff, and a smart and appealing political platform. Still, you're not pulling in the donations or votes you need to get your campaign across on the scale you'd like to, or sparking the public's interest in the numbers you think necessary to win.

While you're scratching your head trying to figure what's going wrong—and what you can do to set it right—we've a simple question for you.

Do you have the data—the hard, verifiable, and informative data, drawn from individual voting and donation records and consumer habits, as well as demographics—to know exactly which voters to contact, how best to appeal to them, and what might trigger them to vote or donate?

If you don't, and your opponent does, then you're in big trouble.

How The Importance of Data In Elections Has Changed

Data has totally changed the way campaigns operate today, antiquating those winning ways of 10 or even five years ago. It has redefined what a campaign needs to know, and what steps it has to take if it hopes to have any real chance of succeeding.

Remember the 2012 Obama re-election campaign that raised some $1 billion, starting with 23,000 donations in the first 24 hours of accepting money online? What it had going for it was a megafile of information, culled from sources like pollsters, fundraisers, field workers and demographics, plus social media and mobile contacts. Once compiled, that information, according to Time, allowed the campaign to rank people according to "persuadability" matched to its priorities. So not only did campaign workers know who was worth

their time and money to target to gain votes, but also to gain donations, which further helped convert even more potential voters.

Wouldn't it be wonderful if your campaign could have those same, seemingly magical, tools?

It can, perhaps not on the megascale of a presidential campaign, but at a size well suited to yours.

What you need is data that when collected, analyzed, and interpreted gives you efficient insights—tools—into the voters you want and need to reach. With improved insights into your target groups, you're better able to come up with the strategies and approaches that best appeal to them.

Of course, amassing, analyzing, and interpreting data on a large scale isn't easy, and it's often intimidating. You likely will need professional help. But, as the Obama campaign underscores, there's value in the effort.

Knowledge, as they say, is

power, and data is a sure way to get to know your voters, quickly and effectively.

Why else would you be running a campaign, if not to win?

Are you interested in adding data-driven analysis to the tools in your campaign?

Contact a Campaign Now specialist today by calling 855-329-4327, or by contacting us here.