Political donations are some of the most controversial and trending topics during the election season. There’s little doubt that once the 2016 election cycle is complete, the media and watchdog groups will pour over the contributions made in every election. From the local city council race to an expensive run for congress, exposing political donor data is a favorite topic of the media.

It's also a severely misunderstood part of the political process. To help add some clarity, we pulled together seven facts about political donors.

Donors Gave Heavily to Democrats in 2014

In the 2014 election cycle, eight of the ten top contributing organizations to political campaigns leaned heavily to the left. Ninety-eight percent or more of their total contributions went to Democrat or Liberal candidates. 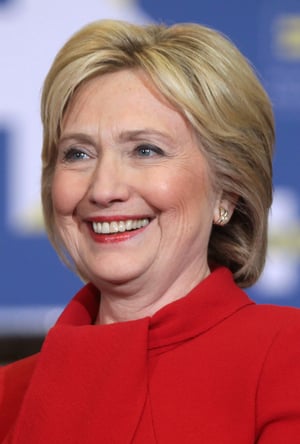 Unsuccessful presidential campaigns often sell their donor and voter support lists to other campaigns for big bucks. In 2011, Hillary Clinton made around $4 million by “renting” her lists to about 60 campaigns. This practice is used by both Republicans and Democrats and it is often a way to pay off campaign debt.

While this may sound highly unethical or even illegal, campaign finance laws classify a donor list as an asset that must be paid for by other campaigns. That might explain why some voters give money to one candidate, and somehow end up being called by another later in the election.

The truth is that political contribution limits don’t really exist. There are restrictions as to whom a donor gives money to, but some groups are immune from finance laws and contribution limits. For example, a candidate committee can transfer unlimited amounts of money to a national, state, district, or local part committee.

The growth of technology, social media, and statistical modeling software has completely changed how political campaigns talk to voters. It is safe to assume that campaigns have more detailed information than ever before on potential donors. It’s been heavily detailed how Democrats and the Obama campaign invested in data analytics to target voters. Donor data is most likely being compiled in a similar way.

Like it or not, the democratic process is about more than just votes. The costs of running a professional political campaign mean that money is important. Big donors are more likely to be higher on a campaign’s list than those who donate only once. While the rise of micro donations is a popular trend right now, big donors are still the prize for every campaign. It goes without saying that the more money you give to a political campaign, the more attention you will get from the candidate.

Even if a voter has never donated to a political campaign, they are on someone’s potential donation list. The core of political donors are people who regularly give money, but these donor lists grow by attracting new contributors.

While some people may think they are off the grid, anyone registered to vote is most likely on a donation list.

For the seasoned campaign managers, this cannot be said enough: fundraising never ends. Political donor data is probably the most important asset a campaign has other than receiving votes. When the election is over and a candidate is in office, working to find more donors and secure more contributions starts again.

Like we said above, fundraising is one of the crucial parts of a great campaign. And it never really stops. Campaign Now can help you master fundraising and build your political donor data.