Over the years, I’ve worked with hundreds of candidates for public office.  The one thing these candidates all have in common is that without fail, they wish their campaigns had more money to spend on ads, grassroots activity, and get out the vote efforts.  No matter how much the campaign has raised, the candidate and his or her advisors dream about what they could do with just a little more money.

Here are four ways any campaign – small, large, or somewhere in between – can raise 10-20% more money over the course of the election cycle, without draining valuable resources from other activities:

Strategy #1 – Have a Fundraising Plan and Stick to It

Far too many campaigns develop a political fundraising plan early on, and then abandon it as the campaign gets heated.  I can’t tell you how many candidates start off promising to spend 50% of their time fundraising, only to ditch fundraising calls and meetings for weeks at a time for debate prep or “issues work.”

This is a huge mistake.  The reason campaigns develop fundraising plans early in the cycle is because they need a roadmap they can follow… one that they develop while they have time to think through a successful strategy.  Fundraising plans can change as political realities unfold, but unless there’s a major shift in your election strategy, sticking to the fundraising plan you developed will help you raise far more than forsaking it before you reach your fundraising goals.

Want to know the best way to raise 10% more for your campaign this cycle?  Ask your donors for 10% more than you did last time around.  Remember – when you’re asking for donations, people will almost never offer more than you ask for, but they can talk you down if you ask for too much.  Thus, you should always ask for more than you think you will get.

The most successful political fundraisers ask for more, and as a result, donors give more.

When it comes to follow up, don’t make the perfect the enemy of the good.  If you can’t make a phone call to 100% of the people who receive your letter or invitation, that’s ok.  Make follow up calls to as many people as you can, even if it is only 5% of your mailing list.

Almost every political campaign holds one or more fundraising events during the course of the election cycle… and many miss out on a significant number of donations by only offering one ticket price for each event.  For example, many campaigns send out invitations for $100 per person fundraising events, and in doing so miss out on donors who can’t afford the ticket price, as well as donors who could afford to give much more.

The way to rectify this situation is by tiering your fundraising events.  Depending on your donor universe, for a $100 per person event you could consider adding a $500 per person VIP reception before the event to target larger donors.  Many campaigns could also successfully add a $25 per person rally after the main event to target lower dollar donors.  By tiering an event in this fashion, your campaign only needs to do the work to hold one event, but is able to reach high-dollar, mid-level, and low-dollar donors, all in the same night. 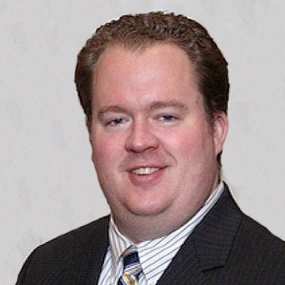 Joe Garecht is the founder of Smart Political Fundraising. He has over 15 years’ experience in political fundraising, and has served on the staff of national political organizations as well as state and local political campaigns. He is the author of How to Win Any Election and The Complete Guide to Getting Your Campaign Off the Ground.