The Best Type of Data You Can Get For Your Campaign

It's not a secret: the key to a successful campaign is accurate, actionable data. Knowing who voters are and what they want gives you the ability to deliver a direct, targeted, and effective message. You can increase the efficiency and productivity of your campaign by acquiring and managing good, organized data. This leads to the problem of data collection: how and where should you be getting your data?

Justin Garguilo at Campaigns and Elections offers tips and best practices in his latest blog, Why Data-Driven Campaigns Should Think Like Facebook.

Sorting through the best data for your campaign

If you aren’t already familiar with the sources of data, there are three categories: first, second, and third-party, and they are sorted according to the methods they are collected. Each has its own set of benefits and drawbacks, and familiarity with these pros and cons will help you to determine which data sources will work for your campaign, and which just won’t cut it. Read on to find out just how these three sources differ.

Second-party data is not too different from first-party data. It is essentially first-party data that someone else has acquired through their own campaign or organization, and then exchanged or traded with you. Data collected by a political campaign or organization similar to yours can be almost as valuable to you as it is to them. The main issue with second-party data is that anytime you use data collected by someone else, there is the possibility the data will not align perfectly with your campaign’s needs.

Third-party data is data collected by some entity that has no direct connection to the data source. It is obtained by campaigns through various data vendors or providers. Third-party data can absolutely be a valuable asset to your campaign, so long as you do not rely on it as your sole data source, and you verify its accuracy. The main value of third-party data is its expansive size when compared to first and second-party data.

Our Take Away on Data

A successful campaign should focus on collecting and processing data from every source possible. Second and third-party data is definitely valuable, and while collection may be faster and require less leg work, they should never completely replace first-party data. While gathering data for your campaign, work to find the best balance of data collection to maximize your efficiency and give yourself the best chance of success. 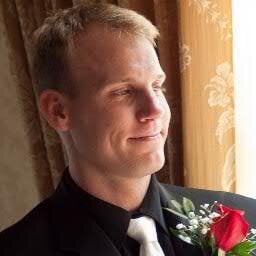 Chip began working at Campaign Now in early 2015. He grew up in Elkhorn and Wauwatosa Wisconsin, and currently lives in Milwaukee where he is attending the University of Wisconsin studying Political Science.