What the Typical ROI of Political Fundraising Calls Looks Like

When you tell a potential client or political campaign about telefundraising, they probably cringe or roll their eyes. Using the telephone may seem too traditional in today’s world. Social media ad buys, email marketing, and YouTube videos are modern ways to attract a prospective donor. Many campaigns or candidates probably feel that if it’s not on Facebook, an app, or a mobile device, don’t bother doing it.

Any professional political fundraising or campaign consultant will tell you that the telephone is still an invaluable tool. Like direct mail, telefundraising is a tried and true piece of traditional fundraising, and surprisingly, it is still worth doing. Calling a potential, existing, or dormant donor gives you the opportunity to know immediately whether someone will support your campaign.

Direct Contact With a Prospect vs. Mail or Email 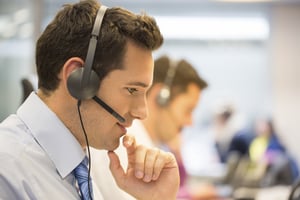 Instead of direct mail or email, a phone call is like knocking on a door. If it is done correctly, telefundraising will yield a good ROI. Email and direct mail put the ball in the prospects’ court. But a phone call lets the campaign get in, build a relationship, and then supply the prospect with something (an ask for a donation, a counter offer, or a simple thank you for a previous donation).

Another great example from the Harvard Business Review talks about people who always say they would rather give directly to a charity then be solicited to give money. They bring up the good point that most people never actually donate unless they are asked. And most of the time this is done by the charity paying for telefundraising.

You may have heard it all before and still aren’t convinced. But here at Campaign Now, we know the value of telefundraising and have the numbers to prove it. What does a good ROI on telefundraising look like? At a minimum, we hit a 6–8% conversion rate for prospective donors. For a client’s house file, telefundraising campaigns see a 15–25% response rate.

Calling old donors to thank them for previous pledges, verifying information, or simply sharing good news about the campaign or candidate should be fundamental parts of telefundraising. Some of the best interactions you have with a donor may have nothing to do with asking for money. Meaningful interactions that don’t revolve around money will help you keep a good relationship with donors.

Instead of asking, asking, and asking again for something, different telefundraising campaigns can help bring real value to donor lists. A simple call to say thank you or to share an important development in the campaign may spur a donor two or three calls down the line to donate.

Telefundraising is not flashy, but if it’s done correctly it yields enormous dividends for a campaign. Call Campaign Now today to learn how we can help you succeed using this important fundraising tool.