At Campaign Now, we have seen it all when it comes to fundraising for political campaigns. Political fundraising is an art and a grind. Most fundraising strategies center on hard work, organization, and dedication from both the staff and the candidate.

Unfortunately, plenty of political campaigns don’t get the message and try to shortcut fundraising. Below are some of the worst political fundraising strategies we’ve ever heard of, and no, Campaign Now does not use any of these.

Not Fundraising in Your District

Unless the public office is a city or county political seat, there’s a good chance that the candidate will be representing their constituents in a state capitol or in Washington, DC. It may be tempting to court donors, PACs, and outside groups who can provide max donations. Later in the campaign or after a successful election, these groups may play a promising role.

Every campaign needs to fundraise in their district. Local stakeholders may be slighted if a candidate or campaign are focused on raising money away from their constituents. Local fundraising raises grassroots support for a campaign and builds a local base for the duration of the election.

Have a High “Burn Rate” 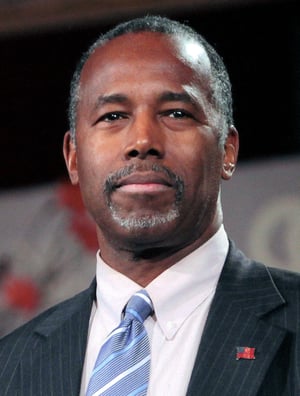 Former presidential candidate Ben Carson fell into this category early on in his campaign. The Atlantic noted that Carson had a 69% burn rate (a burn rate compares how much a campaign raises and spends in a given period). While 69% is not terrible, maintaining a high burn rate throughout a campaign can be a big problem.

Even though Carson is out of the running, he was still leading Republican presidential candidate front-runner Donald Trump. In fact, the New York Times showed that Carson had raised $68 million and was considered one of the top fundraisers among Republicans.

While effective at the outset, this model of spending more than half of the money raised on more fundraising is not sustainable, and it may have been another reason why Carson was never considered a serious contender.

Having a burn rate is a normal expectation for any campaign. But spending too much money on raising more money could drain a campaign of valuable funds. Instead of building a campaign war chest, the Carson campaign was stuck devoting massive resources to more fundraising. It’s an interesting strategy, but one that is not sustainable.

Only Focus on Event Fundraising and Major Donors

Elaborate events and wealthy benefactors are some of the most coveted donors for candidates fundraising for political office. Unfortunately, too much focus on these individuals and expensive events is another bad political fundraising strategy. Large events rarely yield large donations, multiple candidates are competing for the resources of wealthy donors.

A great campaign courts the major donors and puts on good events, but also builds a strong donor list throughout the community. While these are folks that may only give a few dollars here and there, grassroots fundraising will keep the campaign close to the voters. Regular contact with small dollar donors helps with candidate name association as well.

Large scale events and courting high dollar donors are all necessary parts of political fundraising, but outreach should be balanced with interaction with voters and the community. On the flip side, a campaign should not lose focus on courting high profile donors.

Running a grassroots campaign is important, but keeping contact with movers and shakers will help a campaign succeed going forward.

Some candidates may claim that they want to run a true “grassroots campaign” by refusing to accept donations of any kind. In reality, refusing any kind of donation on any level is a zero-sum game. Donations are not necessarily a “dirty part” of politics. Under the right rules, giving money allows everyday voters to show their support for a candidate or cause they support.

Fundraising is an integral part of a campaign, and refusing to engage in raising money only hurts a campaign. Most importantly, every candidate should be the leader in fundraising. A candidate who does not call to raise money hurts the campaign. Candidate fundraising calls is one of the most overlooked parts of campaign.

Not Keeping Track of Donors

It may be few and far between, but failing to keep an accurate list of who has given money (and how much) could be one of the worst blunders of political fundraising. What’s worse, a campaign could actually get into legal trouble depending on campaign laws and failing to file accurate information.

Creating a good system for tracking donations is important as the election draws to a close. Also, if the campaign is successful, these lists will be valuable for the next campaign.

Fundraising is a marathon, not a sprint. There are plenty of strategies to avoid if a campaign hopes to raise money successfully. Having a detailed fundraising plan, being organized, and staying local are great starts to political fundraising. For a more detailed plan, you can contact Campaign Now to get a step ahead of the competition.